Chiropractic Care and The Flu Epidemic of 1917-18 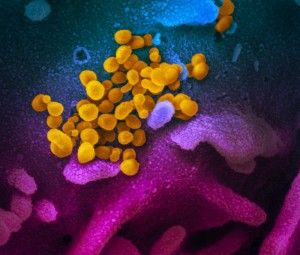 Yes, the medical profession was seeing a majority of the worst of the worst; however, one of the greatest statistics backing chiropractic care comes from the state of Oklahoma. There were 233 cases in which the medical doctors had cared for patients and eventually pronounced them as “lost” or beyond hope… chiropractors took care of all 233 with only 25 deaths. – Healthfultips

The nervous system and immune system are hardwired to work together to create optimal responses for the body and interact with each other more often than you may think. Both systems release hormones and tiny messenger molecules that can communicate with each other and other organs in the body.

Some studies show increased levels of antibodies and other essential cells in the immune system following an adjustment. In some cases, patients who were sick with colds, sore throats, and sinus congestion reported accelerated recoveries after their adjustments.

Do not delay urgent or routine care because of COVID-19. Seek immediate care for severe or sudden health events or emergencies. Delaying medical care can be a threat to your health and well-being.

PLEASE NOTE: If you have been feeling ill, or around someone who has been feeling ill with unusual or known related COVID-19 or flu symptoms, please allow your activities to be suspended and self-quarantine.

For spine or extremity pain in the absence of COVID-19 or flu symptoms, get in touch to set up a Santa Fe chiropractic care appointment with Dr. Brian Short, DC today.